It promises to be a great year for World War One Historiography. In the first week of 2014 UK’s Tory Secretary of Education Michael Gove started a heated debate about the way the centenary of WW1 should be commemorated. Gove attacked the “Left-wing” and “the Blackadder” interpretations WW1. Twitter erupted in response and soon many respected historians weighed in on the debate. I found all of these viewpoints fascinating so I collected some of the recent articles and summarised them. Below you will find key excerpts of articles by Richard Evans, Gary Sheffield and Nigel Birrar. I outlined book reviews of Christopher Clark, Sean McMeekin and Margaret McMillan and there is a great article by History teacher John Blake. I included an old interview (YouTube) with Niall Ferguson on his book “The Pity of War” and there is a fantastic Twitter discussion between History teacher Russel Tarr and Historians Simon Schama, Tom Holland and Gary Sheffield.

It is vital for any society to discuss historical interpretations so we should be thankful to Michael Gove for igniting this debate. It also highlights the importance of good History teachers, they should present students with different viewpoints and let them arrive at their own well-informed and well-substantiated conclusions.

Download a Word version of the WW1 historiography dinner party. The sheet contains student tasks and all information in this post.

Richard Evans on Causes of WW1

Full article here: Was Britain Right To Go To War In 1914? | Standpoint

Review and explanation of Christopher Clark’s “The Sleepwalkers: How Europe Went to War in 1914” 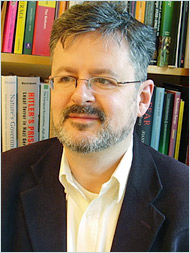 Review of three books, by MacMillan, McMeekin and Hastings: How recklessness, unstable alliances and bad luck plunged Europe into crisis 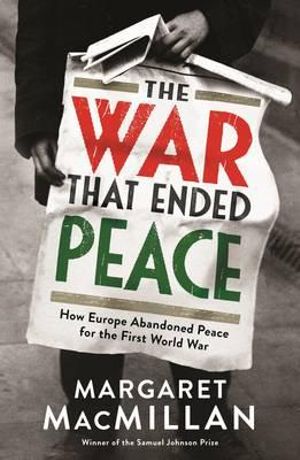 Niall Ferguson: WW1 was unnecessary. Interview about his book “The Pity of War”

Oxford historian Niall Ferguson reviews the world’s oldest motives for war, and concludes in his book, “The Pity of War” , that World War I was unnecessary. (Originally aired November 2000). He also engages in “What if” History. What if Germany had won? Ferguson argues it would not have been that been that bad. Richard Evans shares that view, but people like Nigel Birrar and Michael Gove say that WW1 was a just war for freedom against German aggression.

The first world war was far from futile, by Historian Gary Sheffield

Gary Sheffield is Professor of War Studies at the University of Wolverhampton.

Russel Tarr, a UK History teacher working in France has been in the centre of the History wars when Michael Gove singled out one of his worksheets on his popular history site activehistory.co.uk. The worksheet used Mr Men to retell the rise of Hitler.

Historians Gary Sheffield, Simon Schama, Tom Holland and Sir Richard Evans all participate in the tweet chat. Below is a worksheet with a Twitter conversation regarding the causes of WW1.